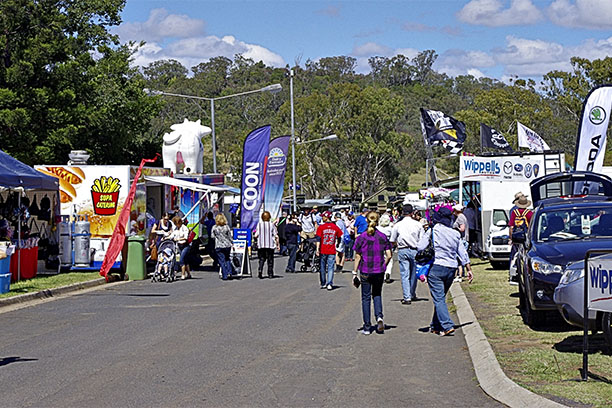 The Royal Agricultural Society of Queensland announced today that the Heritage Bank Toowoomba Royal Show will proceed from Friday 16 April to Sunday 18 April 2021 with the new public holiday on Friday 16th.

Thanks to the continuation of Heritage Bank’s naming rights sponsorship, now in it’s 23rd year, and the significant support of the Toowoomba Regional Council who yesterday committed to a $150,000 grant and both the Queensland and Federal Governments, the society is planning to stage as normal a show as possible.

It is expected the majority of livestock competitions will go ahead albeit with reduced numbers.

“We are delighted that all levels of government, particularly Toowoomba Regional Council, have committed their support and again Heritage Bank have put “People First” in ensuring this vitally important event, now in its 161st year goes ahead” RASQ chairman Mr Shane Charles said. “The Heritage Bank Toowoomba Royal Show is such an iconic event for the entire Darling Downs region” he added.

Booking Proposal. Enquire about a venue for your upcoming event.

When filling out a booking proposal form it is important to give details of any special requests or to include diagrams of special layout needs. It is also important to list the camping, parking and outside display areas you wish to have included for your event.

* We have a wet weather plan for outdoor venues.